In order to record invasive seaweeds you need to be able to identify them. Luckily Dr. Marianela Zanolla of NUI Galway has produced some wonderful identification sheets for 8 species of interest. All 8 sheets can be downloaded here.

Invasive species of seaweed in IrelandDownload

A bright red/pink seaweed typically found in the lower intertidal or subtidal this species can be particularly abundant in autumn and winter. 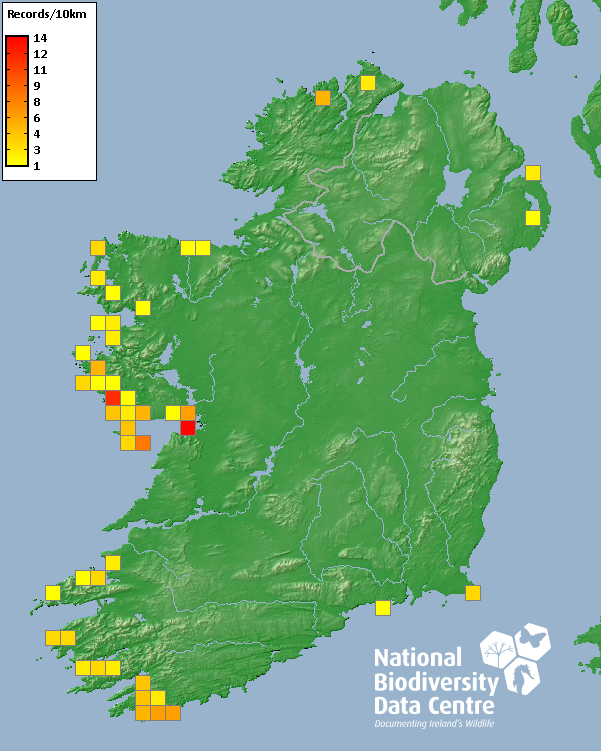 A large kelp up to 2 m long it is yellow to dark brown in colour with a distinctive midrib. Typically found on man made surfaces or in rocky habitats. 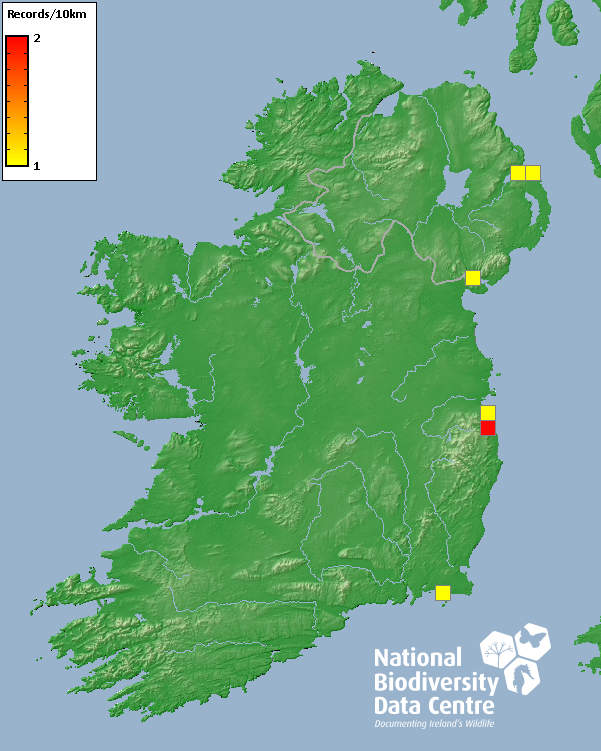 A large kelp species up to 2m long. Golden in colour it typically has a smooth holdfast and stipe.

To date this species has only been recorded from Scotch Port on the Mullet Peninsula.

Up to 10 cm in diameter, light brown colour, sinuous shape, rough when touched. Low intertidal to high subtidal, growing on rocks or on other seaweed. Abundant in Spring. 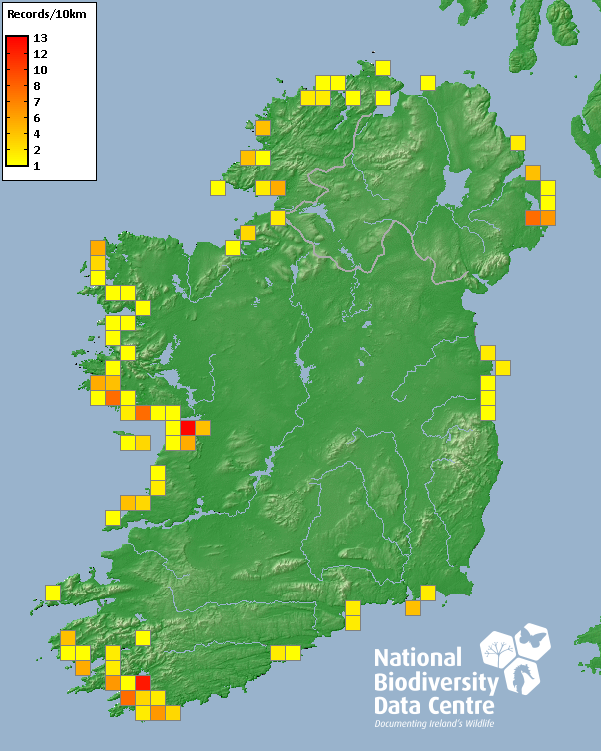 Usually up to 2 m. Light brown colour. Attached by a disc-shaped holdfast. Highly branched, bushy. It has leaf-like proliferations and small gas vesicles along the thallus. Slimy to the touch. 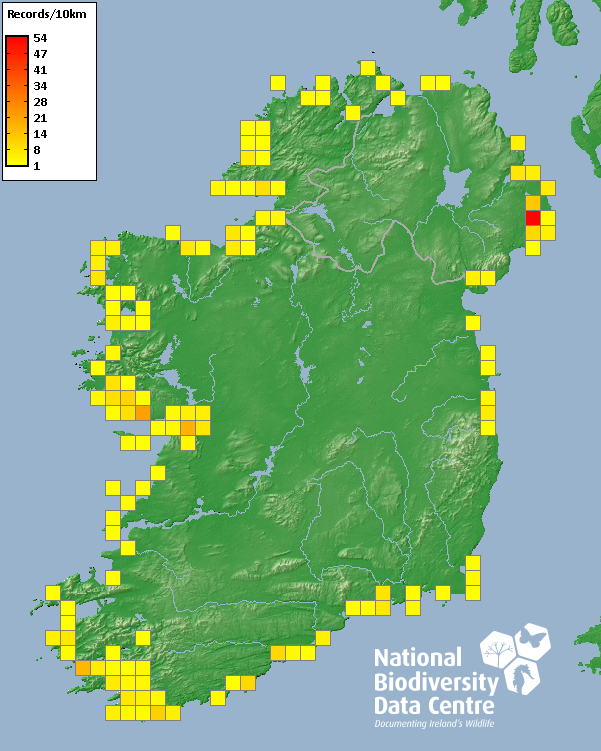 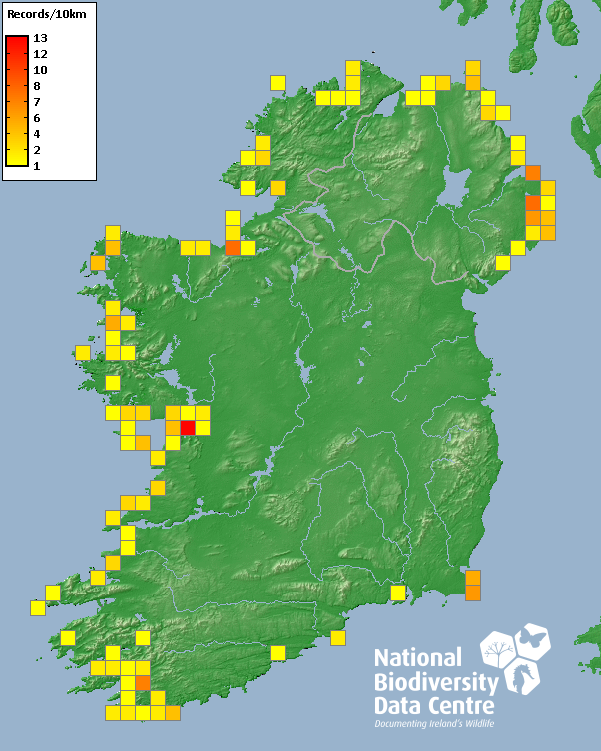 Up to 33 cm long and 36 wide. Brown/green colour, not iridiscent. The edges of the fronds are thickened. Attaches by stolons and rizhoids.

Has not been recorded in Ireland to date

Several morphologies. Green colour. Fronds are rounded or filiform, in groups and connected to each other by stolons, which in turn are attached to substrata by thin rhizoids.

Has not been recorded in Ireland to date